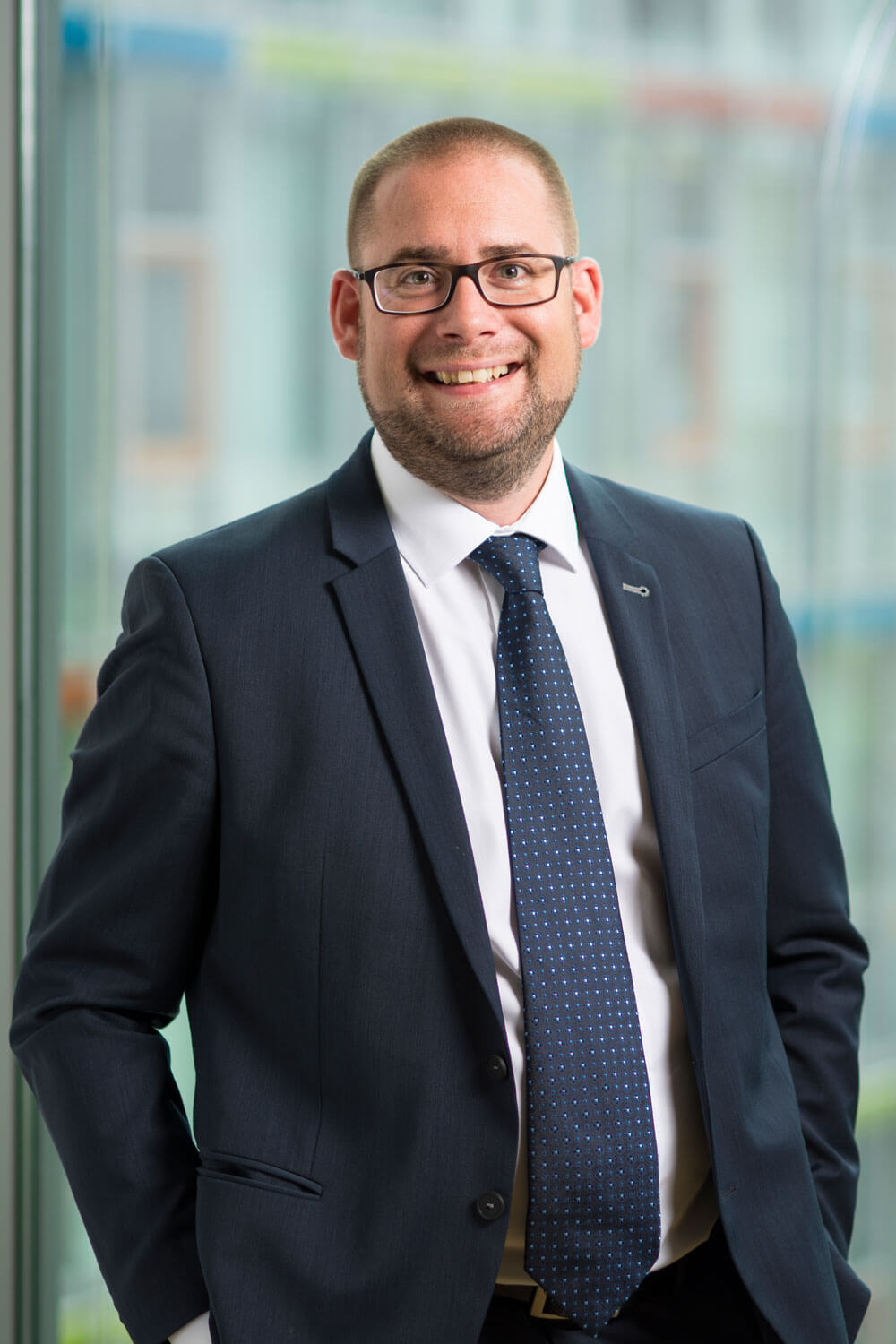 Richard Bennett studied physics at the Technical University of Munich and geophysics at the Ludwig-Maximilians-University in Munich, specializing in numerical simulations in seismology. He graduated in 2007 with a diploma in geophysics. During his studies and a research stay at the European Nuclear Research Center (CERN) in Geneva, he gained a wide range of practical experience in the fields of information technology, electrical engineering, experimental physics, statistical analysis, signal processing and software development in industry and research.

Mr. Bennett joined our firm as a patent attorney candidate in 2008 and was admitted in 2011 as a patent attorney and European trademark and design attorney. Mr. Bennett has been a European Patent Attorney  since 2012. In 2014, he received a Master of Laws in European intellectual property law. In his master’s thesis, he dealt with a comparison between the status quo of patent law in Europe and the changes in the context of the future patent with unitary effect and the Agreement on a Unified Patent Court.

Richard Bennett has been a partner of the firm since 2016. He advises and represents domestic and foreign companies on all issues relating to patents, utility models, trademarks or designs. Mr. Bennett always aims to obtain protection for his clients that takes their strategic needs into account. He has particular experience in the continuous further development of approaches to the formulation of software patents and the drafting of detailed opinions on questions of legal validity or infringement of patents.

Mr. Bennett was elected a member of the Committee of the German Chamber of Patent Attorneys for the Protection of Computer Software in 2011 and has been its chairman since 2018.

Since the beginning of 2020, Mr. Bennett has been an elected member of the board of the German Chamber of Patent Attorneys.

The European Patent Office has invited Mr. Bennett as a lecturer on the patent law of computer-implemented inventions in a training seminar of the European Patent Academy for German and European patent examiners, as well as a panelist at international conferences on software patents related to blockchain technology and as a participant at a conference on artificial intelligence.