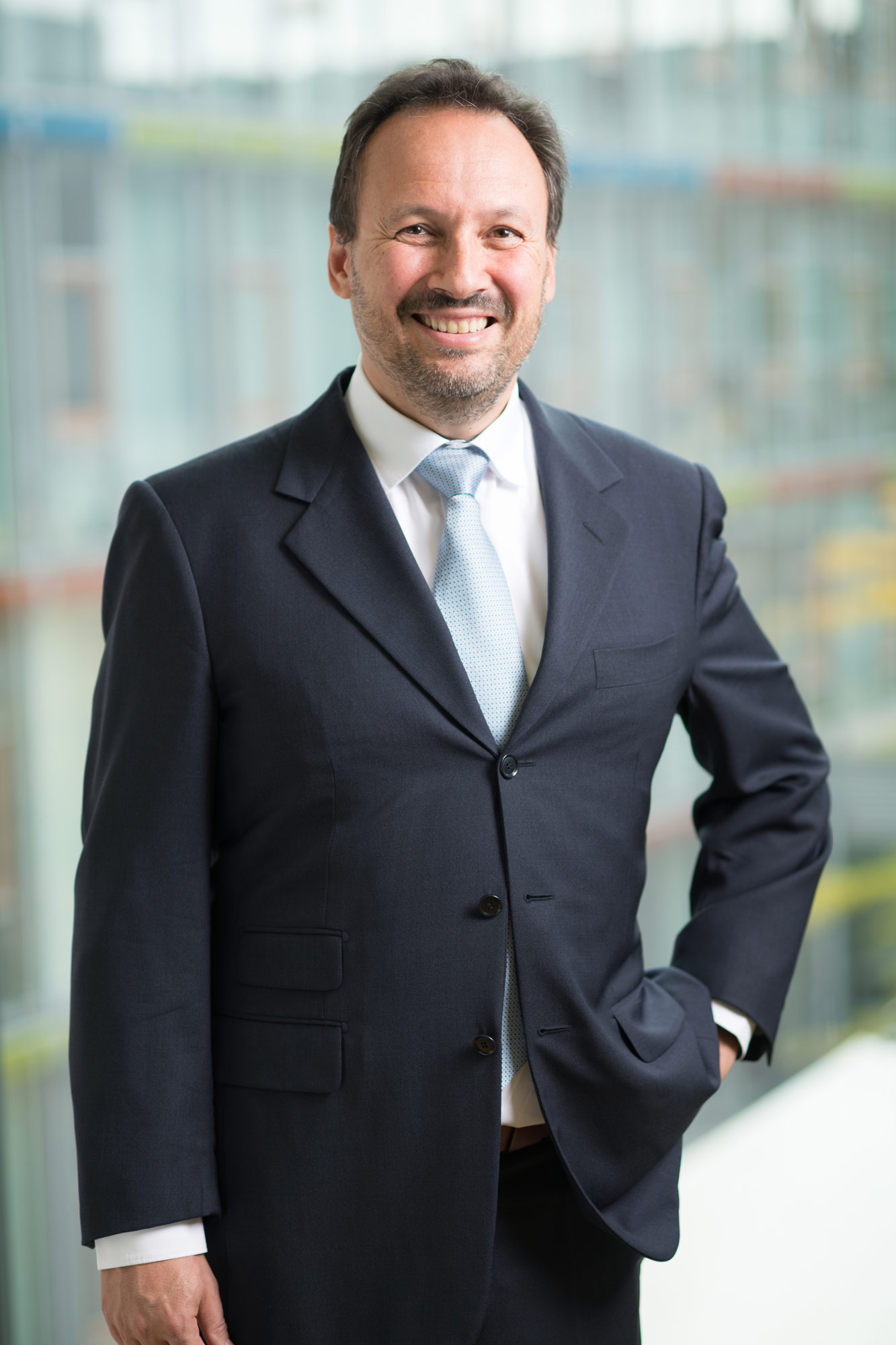 All areas of industrial property protection for domestic and international, especially Asian, clients, primarily with regard to inventions from the areas of computer-implemented inventions or digital data processing, electrical engineering, mechatronics, optics, semiconductor technology and medical technology.

Maximilian Engelhard studied physics at the Technical University of Munich and specialized in semiconductor and plasma physics. He graduated in 1990 with a diploma. During his studies, Dr. Engelhard worked at Siemens AG in the field of microchip production, gaining experience in industry. Afterwards he did research work in the fields of laser optics and technical plasma physics (coating) at the Max Planck Institute for Plasma Physics in Munich and in 1993 earned his doctorate in this field.

In 1993 Dr. Engelhard joined our firm, becoming a patent attorney in 1996. He has been a European Patent Attorney since 1997. He is also a European trademark and design attorney. In 2001 Dr. Engelhard was appointed partner of the firm.

In 2006 Dr. Engelhard earned a the Master of Laws (LL.M., Univ.) in the field of European intellectual property law.

Dr. Engelhard represents several global companies on behalf of our firm and has already contributed to fundamental decisions by the German Federal Court of Justice in the field of software-related inventions (decision XZB15/98 “Sprachanalyseeinrichtung”) and the EPO Board of Appeal (decision T0172 / 03 “Order Management”). Through these decisions, the previous mixing of the requirements for eligibility and inventive step was eliminated, which has resulted in a permanent case law that clearly differentiates between these requirements.

Dr. Engelhard has given numerous lectures on the most demanding areas of patent law at the IP departments of globally operating companies, such as on the patentability of artificial intelligence (AI) and the Internet of Things (IoT), and on enforcing cross-border claims that have features realized in different areas (such as cloud-related inventions). He has also represented clients in appeal procedures on eligibility requirements for medical procedures (such as EPO Boards of Appeal decisions T836/08 and T923/08).

Dr. Engelhard regularly travels to Asia and the USA to further deepen his knowledge of current global developments in the field of intellectual property law. This enables him to support his clients in the development of profit-earning IP portfolios.